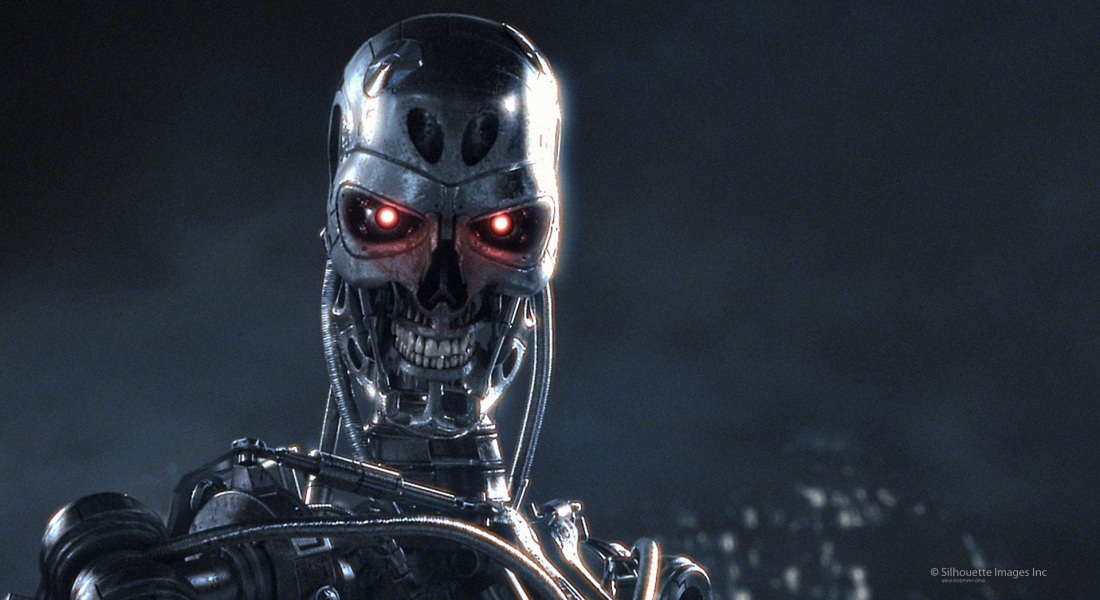 Should we fear technology?

If Hollywood Science Fiction is to be believed, its only a matter of time when humanity will bid itself “Hasta Lavista, Baby!”

It also doesn’t help that Stephen Hawking, Bill Gates and Elon Musk, amongst others, have publicly expressed concern over the imminent exponential evolution of technology, to levels of Super Intelligence, and it’s potential dangers to our very existence.

If stalwarts worry about technology, should rest of us fear it too?

But first, some perspective on what we mean by technology, and where it is headed.

Simply put, technology is all the tools ever invented by humankind for the implicit purpose of making life better.

From the use of stone implements over 3.5 million years ago to the sophisticated computer systems of today, everything was and is the cutting edge of technology of its day.

Productivity gains, through the evolution of technology, creates even more complex tools and things, leading to sustained improvements in how we produce & consume our food, clothing, shelter and our many many toys, alongside providing livelihood to people who design, build, operate and maintain them.

However, even though we are increasingly surrounded by more and more inanimate tools and objects, our extraction of full benefits from them is limited by our own ability to learn to use them and only few attain mastery. (For example many use Microsoft Excel but not everyone even knows about it’s full potential).

At the same time, despite all the technology advancements, even as living standards and life expectancy improves, overall quality of life continues to decline with an extreme short supply of the scarcest commodity of today – TIME.

Time for each other and time for ourselves.

Faster we go down the wall street fuelled and industrial revolution created highway of life, the further we go away from life as nature intended it to be – soulful, unique and a joyous journey of discovery, to be savoured each step of the way.

Instead we’re all busy running towards mass produced sameness, on a treadmill to nowhere, while destroying the planet in the process.

Imagine a world where all our material possessions (our clothing, our shelters, our toys … everything) magically come alive and “learn”, just like a little puppy dog starts out learning, to understand our needs and moods in order to automatically serve & delight us in unique and personal ways (food, homes, health, travel … everything), and get better at it without the need for us to learn how to operate them. Bringing soul to scale.

Imagine a world where everything works intelligently and on its own. Where things are designed, built, delivered, installed, operated and maintained seamlessly and automatically without the need for any human labour or energy from environmentally harmful resources and without destroying the planet.

Imagine a world where no one needs to work (at least not the mind numbing, back breaking and soul crushing ‘work’ that kills the human spirit) and yet lives a life of fulfilment and to potential, despite any physical or other shortcomings.

That world is increasingly looking possible and in the not too distant a future.

Super intelligent exponential technologies promise to infuse “life” and soul into possibly every inanimate tool or object bringing them to play together as one large symphony, freeing us from the drudgery we know as work.

A world where no one needs to work … yet every thing “just works”!

But how will people earn their livelihood if technology takes away all the work?

In this must read article, (Co-founder of Singularity University and author of the book “Abundance – The Future Is Better Than You Think“) Dr. Peter Diamandis, writes:

“Powered by developments in exponential technologies, the cost of housing, transportation, food, health care, entertainment, clothing, education and so on will fall, eventually approaching, believe it or not, zero.”

Sounds utopian you say? Then click the link above right now and read the article to understand the “how” in more detail or better still read the book “Abundance“.

However, and quite understandably so, not everyone will believe in such possibilities of a shift from scarcity & deficit oriented thinking to that of abundance. Not everyone believed that the earth was round either. Only the hungry and foolish can think different.

But then what will people do with nothing to do?

A possible answer to that is well articulated by Alan Wilson Watts (A British philosopher, writer, and speaker, best known as an interpreter and populariser of Eastern philosophy for a Western audience) in this 3 minute talk titled: “If Money Were No Object What Would You Do?”

(Watts says we would choose to do what we love doing and achieve mastery at it. Something we usually don’t when we spend time doing things we hate doing.)

Imagine a world where everyone loves what they do and is a master at it.

So, if technology can potentially create a world of abundance and free us up to pursue things we love doing then why fear it?

The fear is that the little puppy may grow into a monster that turns on its master. That Artificial Intelligence will surpass human intelligence and may forcefully take over the world rendering humanity irrelevant.

The fear that Hawking, Gates, Musk and others talk about is real and justified. It is not the luddite type of fear that opposes progress but the kind of fear that says: “Let’s be incredibly cautious about AI (Artificial Intelligence). Nothing in existence is as important as getting this right—no matter how long we need to spend in order to do so.”

(For the more detail minded “The AI Revolution: Our Immortality or Extinction” by Tim Urban, is an excellent read that spells out both, the excitement and the scare, very well and in equal measure.)

It is comforting and reassuring that some of the best brains in the world are approaching the development of these exponential technologies with abundant care and caution.

Humanity has been at similar crossroads earlier too but previously the worry has centred around the power falling into the wrong hands. This time the potential wrong hands is the technology itself and that can make all the difference.

But perhaps the one thing that separates us from the machines is the indomitable human spirit. The driving force that makes us overcome all sorts of odds, and conquer new frontiers. That in the past had led to triumph of good over evil. It is the same Human Spirit that can keep us ahead and in control of the machines.

So while dangers do lurk down the unknown paths, we must remain optimistic and step forward despite the fears. Because…..

No pessimist ever discovered the secret of the stars, or sailed to an uncharted land, or opened a new doorway for the human spirit. – Helen Keller

Hollywood too, seems to agree: